Gender equality is a significant challenge on the banana plantations of Latin America.

In this labor-intensive line of work, traditionally dominated by men and situated on remote farms, women are often particularly vulnerable to violence, discrimination, intimidation and sexual harassment. One of the world’s iconic global banana brands, Chiquita, has taken on the task of championing women’s rights and is working hard to ensure its guidelines, codes of conduct and tools eliminate such incidents as far as possible, and that zero tolerance is shown to such acts. 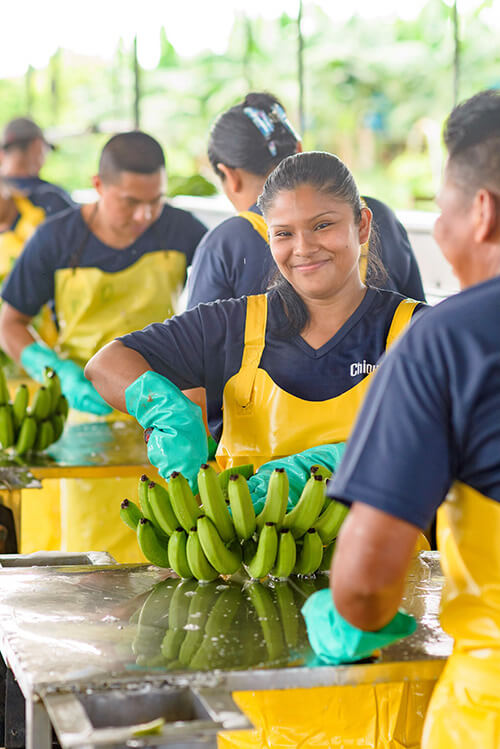 Chiquita believes it is vital for all its employees to feel safe and benefit from the best possible working conditions, safe and free from harassment: this is a challenge that is particularly close to the hearts of the company’s owners, who come from the farming industry. One of the company’s key goals is to enable its employees, both male and female, to express themselves and draw attention to any inappropriate behavior on its farms. To achieve its aim of achieving gender equality and empowering its female workforce, the company has created several important and unique tools to safeguard women’s rights and promote opportunities.

One key tool is the company’s helpline system available for all employees 24 hours /7 days per week /365 days per year for them to report in an anonymous way any discrimination or harassment complaint. The system is actively communicated and promoted from farm to farm by company representatives. This gives all employees the opportunity to raise any issues that affect them safely and anonymously and seek help quickly if needed. The company also takes a zero-tolerance approach to retaliation against employees who report discrimination or harassment. 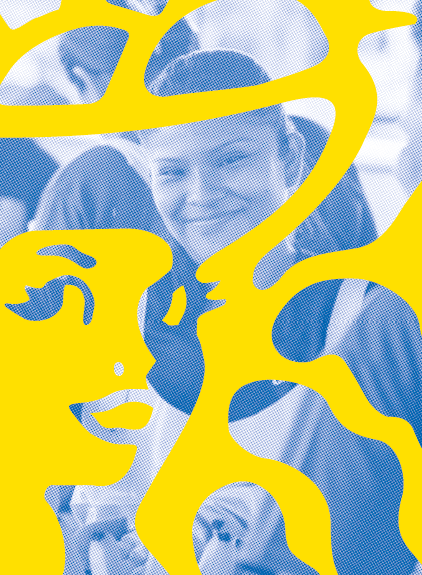 Another of the main tools Chiquita uses to pursue equality and empowerment is an IUF-COLSIBA-Chiquita agreement that has been in place since 2001. This agreement, unique in the banana industry, promotes workers’ rights and since 2013 also specifically protects women’s interests. In particular, it seeks to increase women’s employment opportunities and was the foundation for an awareness and information campaign to advance their technical skills, rights, and health and safety. A review committee meets regularly to oversee application of the agreement.

In 2013, the company drafted and approved an annex to the agreement, the ‘joint understanding about sexual harassment’. This strong additional safeguard has already been included in the company’s Collective Labour Agreement in Panama, Costa Rica and Honduras and is now being implemented in Guatemala.

Gender, working together and culture change: the pilot in Panama

Chiquita strongly believes that it is not enough to be an equal opportunity employer: it has found that it must also challenge social norms to guarantee women access to opportunities. Achieving equity in the countries where the company produces its bananas is challenging, so to increase the proportion of women in the workforce, Chiquita has embraced the challenge of creating and providing job opportunities and communicating with women in local communities to motivate them to apply for jobs. 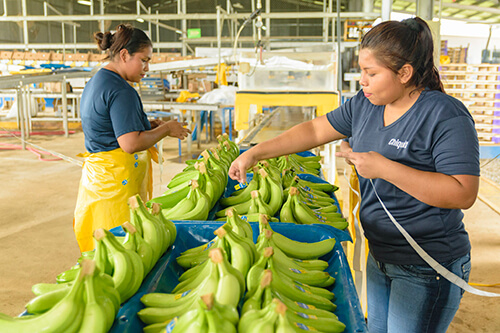 Examples of the company’s work include a gender pilot project established in Panama in 2014 with a local women’s committee and the local union, Sitraibana. This initiative, which provides female role models, has increased female participation in Panama from 8% to 13%, improved conditions for women in the workplace. This work also educates employees and builds awareness of sexual harassment and women’s rights.

Chiquita has found that when it works together with the IUF, COLSIBA and local unions its efforts have a much greater impact. Another major lesson has been that education and awareness are critical to changing the culture. Efforts include women talking to women about their rights in their own language and tackling the challenge of changing male views about women’s rights and sexual harassment.

The company has found that in many situations, women perform similarly to men and even better in some cases. While those tasks that require great physical exertion remain predominantly male domains, there are other areas where women have been found to excel– for example, they have better attendance rates and greater accuracy in greenhouse cultivation. The areas in which women work have increased dramatically and now include leaf cutting, banana cleaning, control and application of fertilizers, pest control, and planting of anti-erosion ground cover plants as part of Chiquita’s environmental efforts.

Chiquita is currently analysing gender pay or opportunity gaps throughout the organisation, and to have a plan in place to address these at the latest by the time of the next report in 2020. 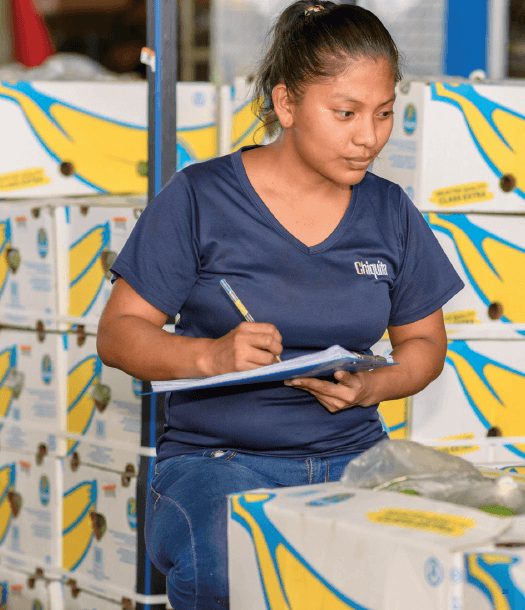 The company’s efforts have met with considerable success, and it has gained extremely useful experience in the process. One substantial measure of its achievements is the increase in women working on its farms: currently, 17% of Chiquita’s farm workforce are female and 21% of its administrative positions are filled by women, an increase from 8% of the workforce in Panama alone. Chiquita continues to assess its processes to identify how best it can promote the role of women throughout the company.

The company has been strongly supported in its efforts by a 2017 study into child rights by international human rights assessors Article One, which examined 14 Chiquita farms in Costa Rica and Panama and praised the “good and open culture”. The study also found that “women employees interviewed consistently reported that they are treated fairly and were not subject to harassment or discrimination from employees and supervisors” and also highlighted that “Chiquita has strong protections for pregnant women in the workplace”. 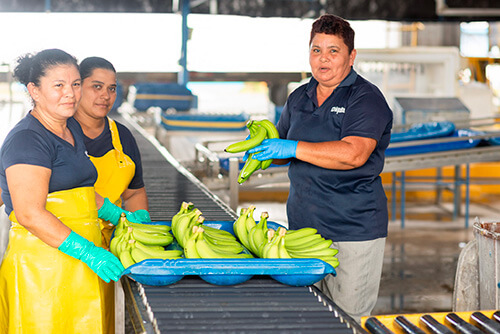 Elizabeth Vargas Hidalgo is a packing plant supervisor at the Triple Tres Farm in Costa Rica. Elizabeth – better known as Betty – started with Chiquita as a farm worker in March 1989. In 2006, she was given the chance to become a fruit diagnostician at the farm, which enabled her to provide her daughter with a comfortable home and secure lifestyle, and to pay for her to go to college and gain a degree.
In mid-2016, Betty was promoted to the position of packing assistant at the same farm. She says:

“Even though I am a woman, they gave me the opportunity to show I had the ability to successfully carry out this position that was usually occupied by men. I was very grateful to the organisation for their trust.”

While she was in this position, the farm’s good results won it an excellence award on several occasions and in 2017 Betty was promoted to the post of supervisor at the packing plant, the role she currently holds.

Faustina Madrid studied a male-dominated career, agronomy, having been interested in agriculture since she was a child. She began working for Chiquita in Changuinola, Panama, in 2005 as a packing supervisor, being promoted to the role of R&D technician and then in 2017 to Farm Administrator.
Working for Chiquita has allowed Faustina to add to her knowledge and acquire new abilities – more than this, she has successfully led a male-dominated team and union through her good relationships with colleagues. She describes her work philosophy as ‘strength and persistence to achieve what one desires, and never lose hope. 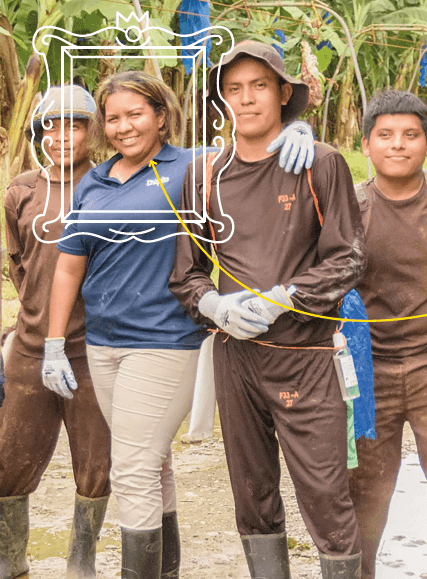 Nives De Luca began working with Chiquita in 2003 as part of the company’s Global Management Development Program (GMDP), moving into logistic operations in 2007 as Yard Leader in San Pedro Sula, Honduras. A year later, she was promoted to the post of Senior Planner Transportation for the company’s Honduras and Nicaragua operations.
She subsequently held several roles in Chiquita’s regional office in San José, Costa Rica, and was promoted to the role of Fruit Sourcing manager in Costa Rica in 2017. Nives then moved to become Port Manager in Puerto Cortes, Honduras, and since August 2018 has been Port Manager in Oxnard, California, supplying the busy West Coast of the US.
Nives says:

“With a degree as a plant scientist, and proud of it, throughout my career I’ve always targeted organizations in the agricultural industry or roles related to it. Close to culminating my MBA 15 years ago, I had the privilege of being selected for the GMDP that Chiquita had at the time … and I haven’t stopped my personal development program since. During the past two years, I’ve been challenged by managerial positions in operations with higher responsibilities and with geographical moves I hadn’t ever planned. It’s been tough but rewarding and the learning never stops.” 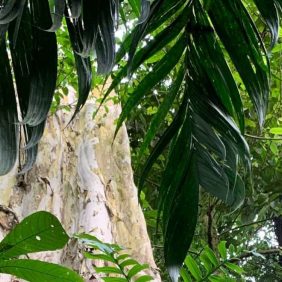 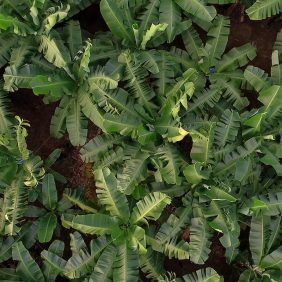 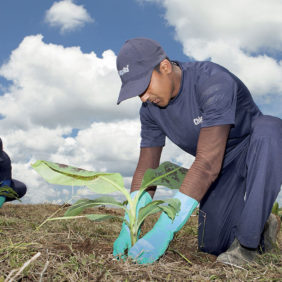 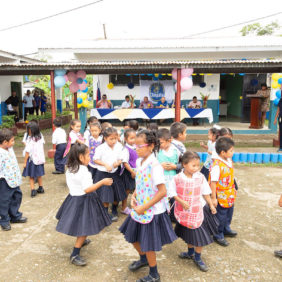 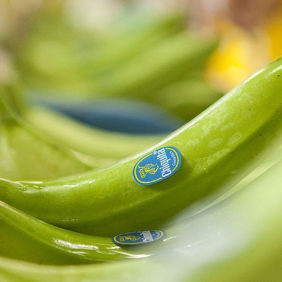 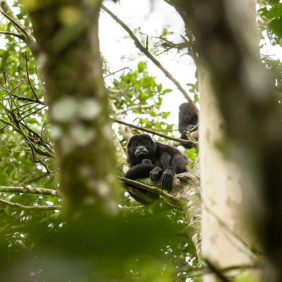