Biodiversity and How Chiquita is Leading The Way

Chiquita is taking decisive action to preserve and enhance biodiversity when growing and delivering its nutritious bananas. This is in line with the increasing evidence regarding the need for significant change in how businesses think about and interact with the environment. Chiquita’s work with key stakeholders, actions and projects to improve biodiversity demonstrate the leadership role that it has taken in this field.

The company works hard to increase productivity on its own and supplier growers’ farms, and also to maintain and improve the biodiversity of this land, as well as to minimize the impact of its supply chain and distribution operations on the global climate and environment.

Chiquita is taking decisive action to preserve and enhance biodiversity when growing and delivering its nutritious bananas.

Chiquita believes that 100% product-focused companies such as its own global operations must take the lead in the transformative change needed to achieve this goal. 2019 has seen increasing evidence that this kind of effort is needed: according to the United Nations Environment Programme  (UNEP), around 40% of the global economy is based on environmental products and processes, but a recent report from the UN’s Intergovernmental Science-Policy Platform on Biodiversity and Ecosystem Services (IPBES) has revealed a worrying decline in land and marine-based biodiversity. Some ecosystems are showing up to 41% decline in species numbers and corresponding reductions in land productivity. The IPBES has identified the five major causes of biodiversity loss, in descending order of importance, as changes in land and sea use; direct exploitation of organisms; climate change; pollution, and invasive alien species. 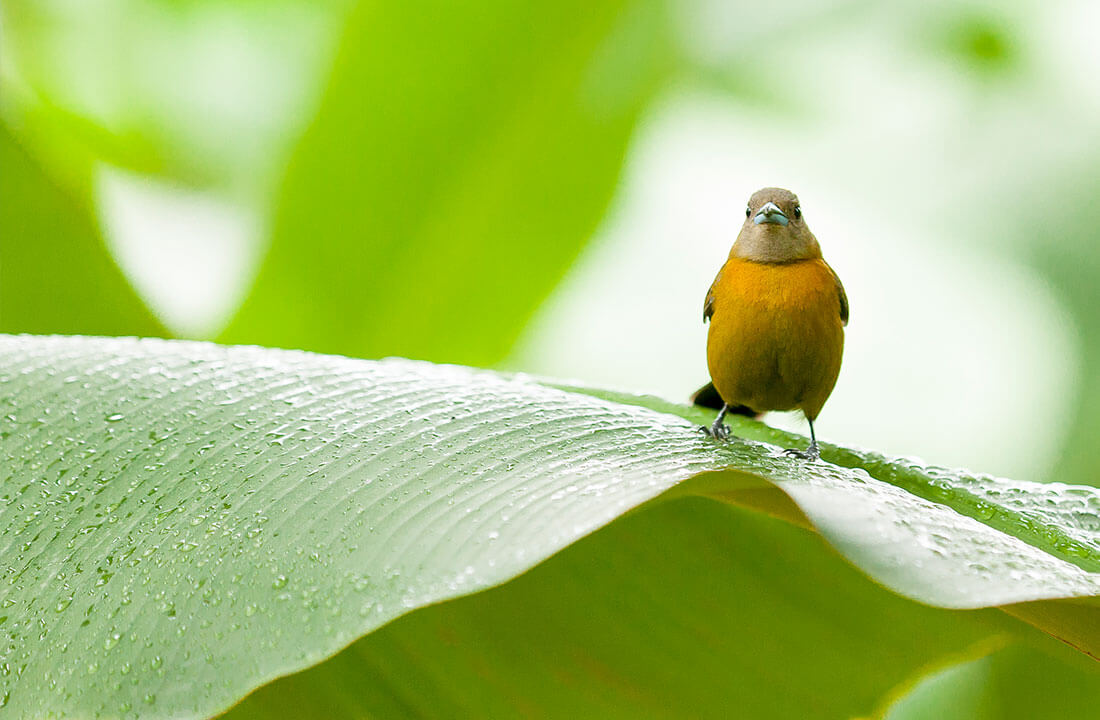 The three pillars behind Chiquita’s approach to address sustainability and biodiversity:

Chiquita has committed to being a role model for active cooperation: in 2004 the Nogal resort was funded in the Sarapiqui region of Costa Rica, as the result of a collaboration between Chiquita and some of its customers to promote the conservation and protection of biodiversity. We donated 900 trees grown at the Nogal reserve to development associations and community organizations working on reforestation and environmental protection.

As a measure of our success, in 2017 three new species were found during wildlife tracking: a tapir, Costa Rica’s largest terrestrial mammal; a bell bird, and a yellow spotted lizard. The findings indicate that the reserve is working as intended, providing connections for wildlife to other forested reserves. In May 2017, for the fourth year running, the company was recognized by the ‘Bandera Azul Ecológica’ program in Costa Rica in the ‘Protected Natural Environments’ category for its efforts in the Nogal reserve. Chiquita is also an active member of the San Juan-La Selva biological corridor, partnering local communities and authorities to protect vital ecosystems.

With support from our stakeholders, the Rainforest Alliance and the German Society for International Cooperation (GIZ) we continue to build understanding and community outreach.

In summary, Chiquita has invested a significant amount of thought, passion, and financial aid into protecting biodiversity, and we are incredibly proud of our achievements so far. We also intend to continue improving and refining our biodiversity efforts into the future. 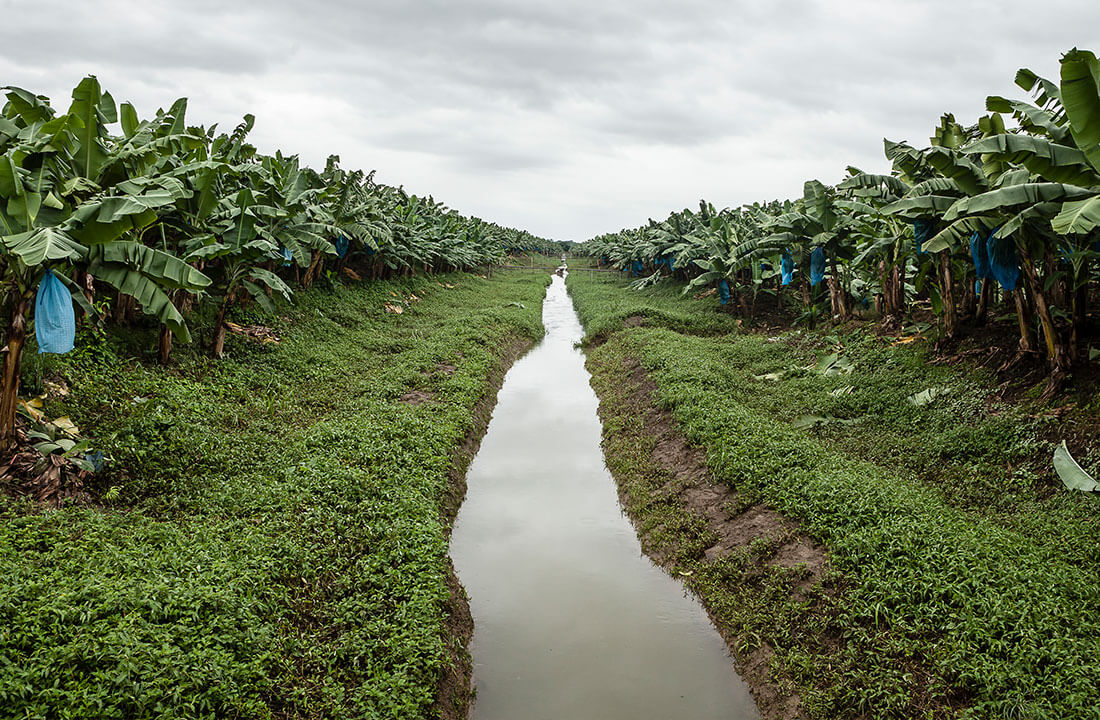 Chiquita worked hard in Costa Rica to ensure that the Nogal region’s biodiversity was significantly enhanced and protected. In partnership with local farmers and overseen by Costa Rica’s Department of Agriculture, Chiquita founded the Nogal reserve in 2004 to promote conservation and protection of biodiversity, with support from the Rainforest Alliance.

Chiquita also planted trees on a former baseball field near Nogal in the Sarapiqui region to protect the community from flooding. Reforestation will allow the land’s maintenance costs to be cut and will also reduce potential flooding from the Socio river, improving the lives of local communities and further enhancing the reserve.

In 2018, Chiquita applied for Nogal to be recognized as a private wildlife refuge, which will provide increased protection from illegal logging. The Nogal reserve is a small part of the Mesoamerican Biological Corridor, which was created in the 1990s to protect the area’s natural riches and help its sustainable development. The Corridor connects Mexico to South America, taking in seven countries in between. It is not a traditional reserve but rather a combination of protected areas and private land with a principal aim of enabling animals to move from one end to the other freely. Chiquita intends to work hard in future to increase the Corridor’s connectivity and will encourage its grower-suppliers to do the same.

Chiquita’s stakeholders value its innovative efforts to protect the environment: in 2017, Aldi US, Walmart, Albert Heijn and the pineapple grower Upala Agrícola sent managers to the Nogal resort to see how Chiquita has helped improve quality of life for those living in the area over the past 13 years. Chiquita’s Blue Flag ecological program also won an award for protecting natural resources, with the best result in its category.

The San San project was devised in 2008 to contribute to biodiversity conservation and support for development of communities in the Caribbean region, on the border between Costa Rica and Panama.

The project began as a private partnership between Chiquita and leading German retail and tourism cooperative group REWE. Later, the project expanded to include GIZ and Corbana, Costa Rica’s national banana corporation, and extended over the border into Costa Rica. In Panama, the work focused on the San San Pond Sak wetland reserve and surrounding communities, not far from banana farms owned by Chiquita and local growers. The San San Pond Sak reserve is a Ramsar wetland of international importance, near the Caribbean shoreline and around 5km from the town of Changuinola.

In February 2018, Chiquita donated 160ha of reforested land in the San San Pond Sak wetland reserve to the people of Panama. The gift was the result of the successful long-term partnership between the various public and private organizations who had worked together to protect the Panama’s environment.

The Changuinola-Sixaola public-private partnership now includes Chiquita, La Alianza por el Millón, Panama’s Ministry of the Environment, and various German and Costa Rican companies and NGOS including GIZ, REWE, and Corbana. Local NGO AAMVECONA also supports the project on behalf of the people of Panama and their desire to support sustainability and sustainable farming.

Chiquita not only planted thousands of trees, but also helped to support financing of the purchase of the land from its previous owner. After the purchase, the land was transferred to AAMVECONA, which managed the reforestation process over this period. After the initial five years, the partners agreed to donate the area to MIAMBIENTE, which offered to manage it. The project has become part of a MIAMBIENTE initiative to reforest one million hectares in Panama.

Since the 2018 donation and the conclusion of the project, Chiquita, Germany’s REWE Group and AAMVECONA have continued to finance the maintenance, surveillance and protection of the reforested land. Several protected species live in the area, in particular sea turtles and manatees. Since the San San project began, at least 30,000 hatchling turtles have been released.

The project has proved an amazing success for all involved – the Finca Tres Bocas area has seen excellent forestry recovery and has become home to native species of flora and fauna. 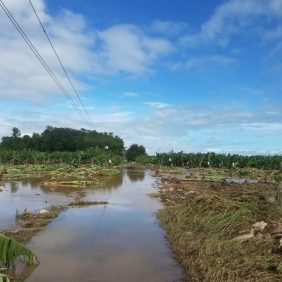 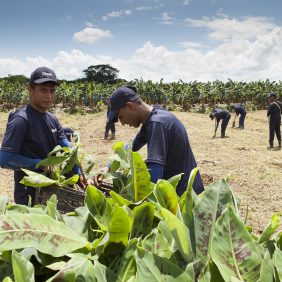 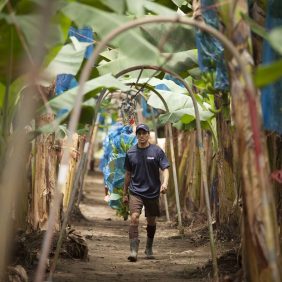 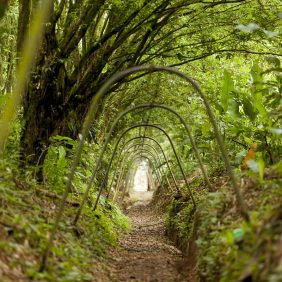 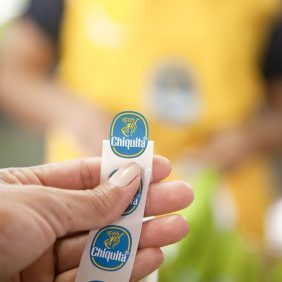 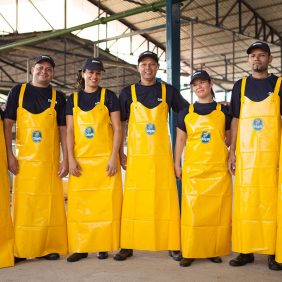 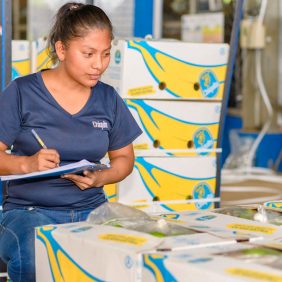 Chiquita Continues Mission of Empowering Women Across the Globe